MX2 GLOBAL in the news! 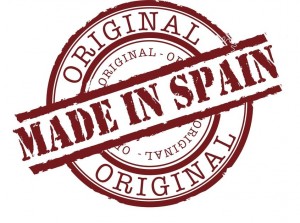 Yesterday, http://www.foodswinesfromspain.com  published an article about MX2 GLOBAL military food supplies to the UN  Peace-keeping missions in Africa… this is the promotional website of ICEX, the Spanish Government Institution in charge of promoting Exports of Spanish goods and services.

END_OF_DOCUMENT_TOKEN_TO_BE_REPLACED

MX2 GLOBAL in the News!: “Spanish eggs to Somalia and Kenya”

Let us share an article about MX2 GLOBAL published today by ‘Foods & Wines from Spain‘  titled: “Spanish eggs to Somalia and Kenya“

END_OF_DOCUMENT_TOKEN_TO_BE_REPLACED

One of the most representative products of Spanish gastronomy is Serrano Iberian ham. There are two types of ham depending on the pork’s breed: if the animal is Iberian the ham is called Ibérico, while ham coming from other white pork is called cured ham. There are four factors driving the quality of Ibérico ham